Palestine and Israel: Understanding the Conflict

Menu
Working Together for Human Rights and for Peace

Article 2: Everyone has the right to life

While the conflict between Israel and the occupied Palestinian territory has been ongoing for more than 70 years, the situation is not without hope. Many Israelis, Palestinians and people from around the world are working to bring about understanding and peace.

Meanwhile, children living with the conflict have the same hopes and dreams as children everywhere.

Learning Intention: I am learning about the meaning of reconciliation.

Success Criteria: I can give a definition of reconciliation and give examples from this lesson.

Your class will be divided into 4 groups. Each group will be given a case study.

The class will be arranged into new groups, each group has at least one person who is an ‘expert’ on each of the case studies. Tell the rest of your new group about your case study. 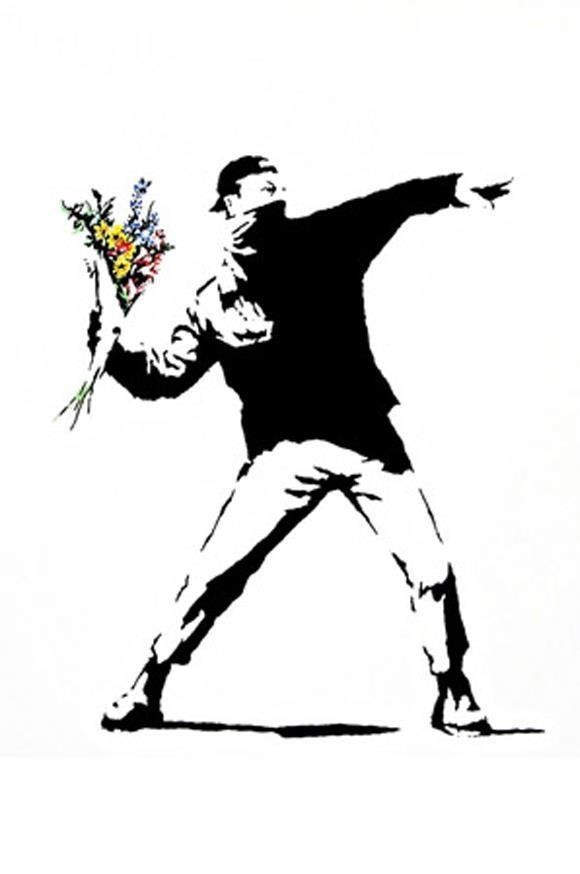 The Flower Thrower by Banksy

(Extracted from Three Wishes: Palestinian and Israeli Children Speak by Deborah Ellis. Children from Israel and Palestine were asked what they would wish for if they had 3 wishes.) 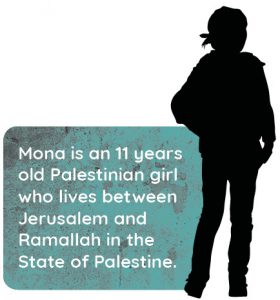 I am a Palestinian, I wouldn’t want to be anything else, but I wish life could be a little easier here. I know life is easier for kids in other places and I wish it were easier for us, just for a little while. I get tired of all the troubles. There never seems to be an end to them.

I have 3 brothers and sisters. When there is a curfew and we are all locked inside, we have nothing to do but fight. When the curfew is over, and we can go outside and get away from each other, then we can get along.

Where I live is not far from my school, but I have to leave my house at half past five in the morning to get through the checkpoint in time to get to school. I don’t like getting out of bed when it is still dark, especially in the winter.

Soldiers scare me more than anything else. Guns and soldiers. You don’t have to be a bad person to get shot by them. Mostly, it is good people who get shot. You should have to do something bad to get shot but here everybody gets shot.

The fighting is between the Palestinians who have nothing and the Israelis who have everything. I don’t know any Israeli children and I don’t want to because they have the same beliefs as their parents. They believe I am not as good as they are.

When there is peace we will be very happy and we will be able to go anywhere we want to in our land without having to cross a checkpoint or explain ourselves to a foreign soldier. I don’t know how or when this peace will come. I can’t really imagine it. 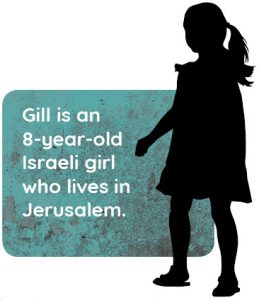 I am in year 4. My best subject is art. I love drawing, especially horses.

I was born in Ukraine, but I was adopted when I was two months old and brought to Israel. I don’t know anything about Ukraine, except that it gets very cold there.

I hear a lot about the war. I’m eight, which is not too young to know about war and bombs.

We have guards at our school to keep the Palestinians from blowing us up. One of the guards there was killed by a bomb. He wasn’t killed at our school, but somewhere else. I was very sad when I heard about it. I was afraid, too. Guards are supposed to protect us, but he couldn’t protect himself. If a bomb can kill a guard, it can also kill me or my family.

There is always a lot of talk about war. I have my own gas mask. All the kids at my school have one. This way, we can still breathe if someone drops gas on us. There should be gas masks for horses too. 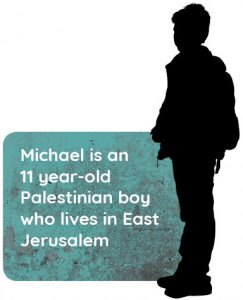 I don’t know very much about the war other than that it means the Palestinians have to live apart from each other. My family isn’t the only one that is split up. Families should be together or should at least be able to visit each other whenever they want to, but that’s not the way it is for most Palestinian families.

We all seem to be separated from each other because we are not allowed to cross the roadblocks and can’t get through the checkpoints if we don’t have the right papers. Sometimes when I’m out walking or in church I see families all together and my inside aches.

We hear a little bit about the fighting between the Israelis and the Palestinians but I don’t really know what’s going on, or why they are fighting. I wish the fighting would stop because I don’t like the idea of people hurting each other. Also, if the war ends maybe my family could live together again. 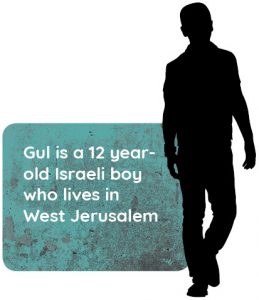 My favourite subject is English. I live with my mother, father and older brother in a flat on the top floor of a small block of flats. It’s a very nice area with lots of trees along the streets. I like living in Jerusalem. It’s the centre of everything in Israel. There’s a lot to do here like films, sport, lots of things. We live in the new part of the city.

I wish I didn’t have to join the army in a few years’ time, but I don’t have a choice. Maybe by then I’ll feel differently, but I don’t think so.

My mother doesn’t want me being rough and mean to people when I’m a soldier. She says she’s brought us up to be kind to people. She thinks going into the army will change the kind of person I am. I don’t see how that can happen. I am who I am. How can anything change that?

I have an older sister, Ori. She’s eighteen now and decided to do National Community Service instead of going into the army. She thinks the occupation is bad, and doesn’t want to be part of it. She says if she went into the army she’d have to kill people if she was ordered to and she doesn’t want to do that.

It’s easier for her to not go in the army because she’s a girl but I have heard a lot of people arguing with her about it. They think it’s everyone’s duty to defend Israel.

Sometimes I think it would be fun to be in the army. I look at all the soldiers in the streets and they can do so many things and work radios and they look strong and smart.

I try to imagine myself being one of them, doing things like searching Palestinian homes and driving a tank into their cities. Maybe by the time I have to join the army there will be peace and I won’t have to do those things.

All I know about this war is that it’s about this country, this land. The Palestinians want it, and we want it so we’re fighting over it. I don’t know how it will end or if it will ever will.

I met some Palestinians once in Abu Gosh, a village near Jerusalem. There were pretty nice kids, no different from me. I don’t know any Palestinians now, though. They can’t come here and it’s too dangerous for us to go there. 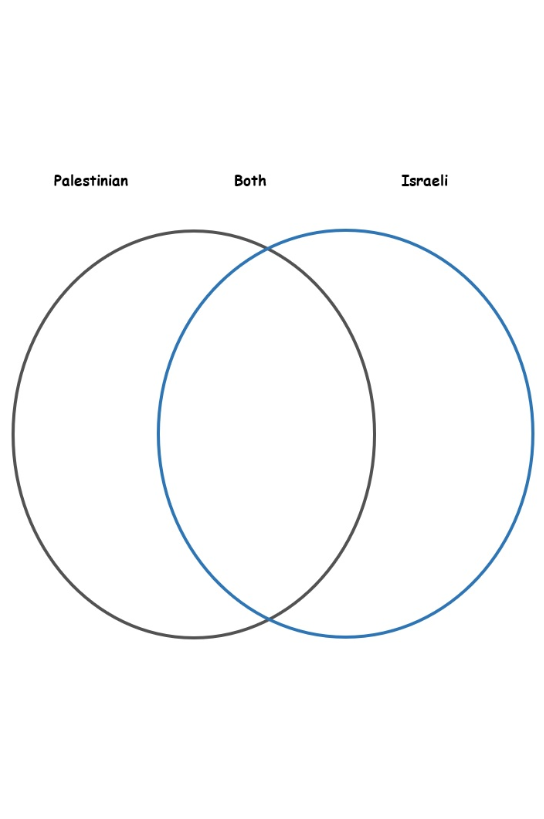 1. What had the two men in common?

2. What separated them before their bereavements?

3. Why would they never have met before they joined the Parents’ Circle?

4. Their losses could have made them hate each other’s communities even more – what helped them to overcome this hate?

5. They talk about their work in schools. What do you think are the effects on young people when Rami and Mazen visit schools and talk to them? If they came to your school, what question would you like to ask them?

6. What influence do you think young people they speak to in Israel and Palestine can have on their communities?

7. How did Mazen and Rami believe they could help bring about a political solution to the conflict?

Adapted from www.reconcilliation.ie. Being Active for Human Rights and for Peace

Watch the video Desmond Tutu talking about Possibilities for Peace

Discuss the question, What is the first step for peace?

Read the cartoon, What YOU Can Do.

As a young person growing up today, what would be your wishes and dreams for the world and its people?

Write a paragraph, do a word cloud or draw an image of your wishes and dreams for the world: remember the values of justice, integrity, compassion and wisdom. 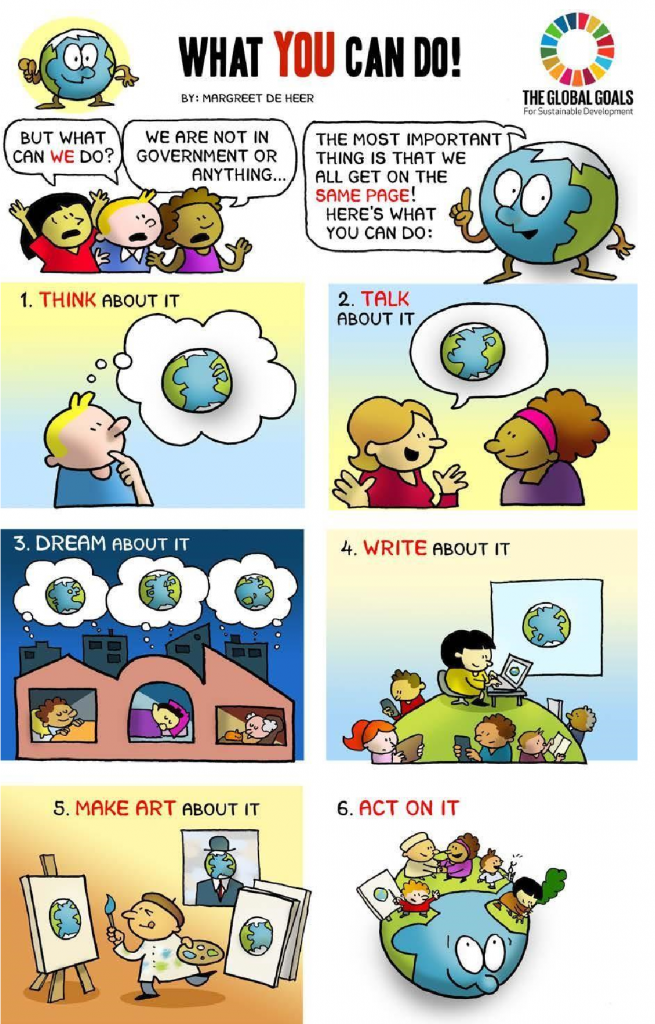 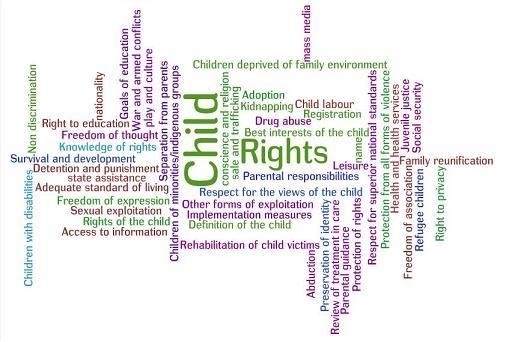